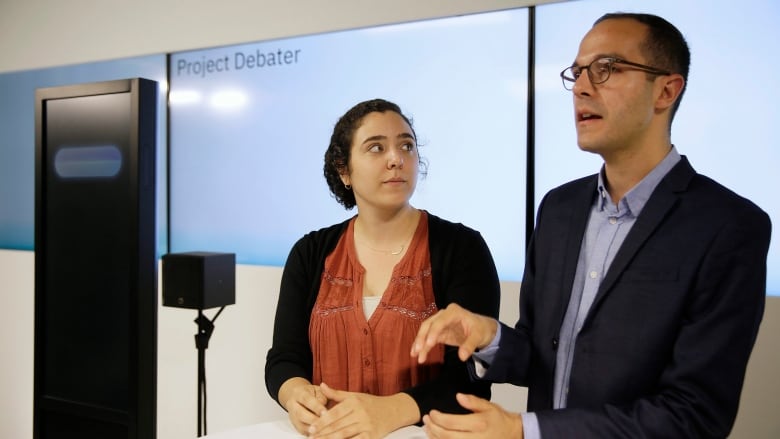 IBM pitted a computer against two human debaters in the first public demonstration of artificial intelligence technology it’s been working on for more than five years.

The company unveiled its Project Debater in San Francisco on Monday, asking it to make a case for government-subsidized space research — a topic it hadn’t studied in advance but championed fiercely with just a few awkward gaps in reasoning.

“Subsidizing space exploration is like investing in really good tires,” argued the computer system, its female voice embodied in a five-foot-tall machine shaped like a monolith with TV screens on its sides. Such research would enrich the human mind, inspire young people and be a “very sound investment,” it said, making it more important even than good roads, schools or health care.